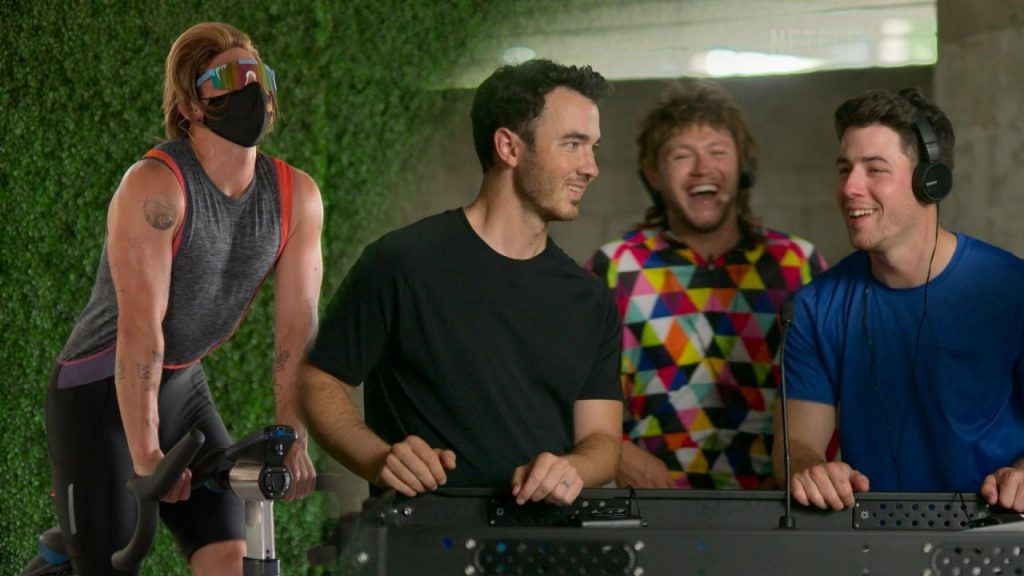 Boom! Roasted. Joe Jonas and Niall Horan pulled no punches when they went undercover and hilariously roasted each other in front of an unsuspecting cycling class.

The prank is part of the one-hour Netflix comedy special dubbed The Jonas BrothersFamily Roast. In this particular prank, Jonas and Horan disguise themselves with extravagant wigs, oversized candy-colored sunglasses and outrageous cycling outfits.

Jonas and Horan are introduced to the class as guest instructors auditioning for a job. Jonas runs out first and introduces himself as Steve before hitting a crazy-high octave as he shouts “so excited to be here!” The former One Direction singer follows next and introduces himself as Toby from Sydney, Australia. The Englishman really goes in full character here, because he pulls off the Australian accent!

After their intros, hilarity ensues. While Jonas does his best to moonlight as a cycling instructor, Horan is behind the scenes with Nick and Kevin Jonas feeding Joe one-liners.

Horan doesn’t hold back, telling Joe to blurt out “I heard the Jonas Brothers are not even real brothers. Disney faked it.” The class is immediately taken aback and confused. Kevin’s next line for his bro Joe: “My friend dated the one with the huge eyebrows. She said he’s no good.” Ouch.

Some of the cyclists are half-heartedly laughing while others seem beyond shock at what’s unfolding. All in good fun though, and that’s the point of the Netflix special, which will also include sketches, songs, games and special guests, including Pete Davidson, Gabriel Iglesias, John Legend and more.

In a preview clip Netflix recently dropped, Davidson gave fans a glimpse of what’s to come after he roasted the Jonas Brothers in his own unique way while rocking an “I <3 Jonas” T-shirt.