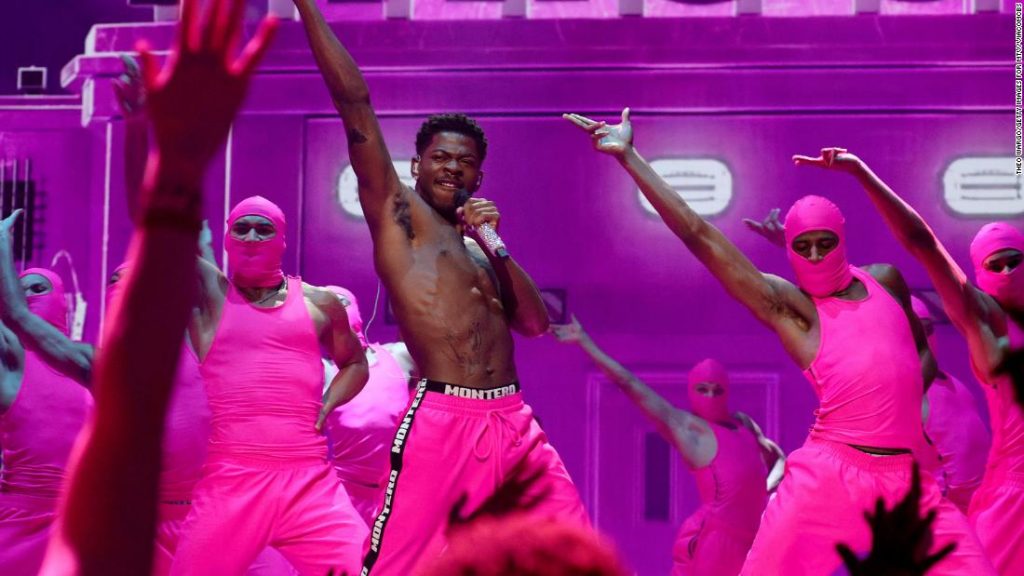 Share on facebook
Share on linkedin
Share on twitter
Share on email
In a parody “Maury” episode featuring the singer, Lil Nas X is caught in a love triangle.
He comes on the show to discuss the matter with fellow guest Yai Ariza, who also appears as the singer’s locker room lover in “That’s What I Want.” Complicating matters, Azira’s wife Ashley is also brought in to resolve their entanglement.
“Scandalous love triangles and scandalous results today on “Maury,” host Maury Povich says at the top of the bit.
Lil Nas X tells Ashley he didn’t think Ariza was the real father of her child. A paternity test and a lie-detector test follow. Ashley darts from the studio after the paternity test revealed Ariza is not the father of her son.
Read More
The parody aired on the “Maury” show’s official YouTube channel, with some viewers not realizing it was a joke.
The show confirmed it was in fact a parody, with a card reading, “The ‘Montero’ segment is a collaboration between Lil Nas X and The Maury Show for entertainment purposes. The storyline is loosely based on the music video, ‘That’s What I Want’ by Lil Nas X.”