Watch Taylor Swift’s ‘I Bet You Think About Me’ Wedding-Themed Music Video, Directed by Blake Lively 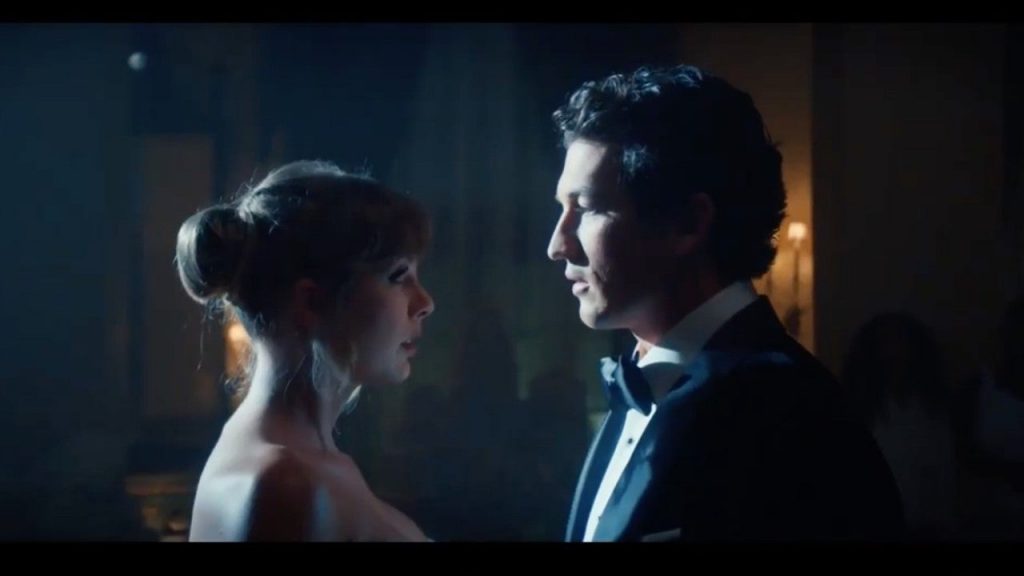 Betty would be proud! On Monday, the music video for Taylor Swift‘s re-recording of her song, “I Bet You Think About Me,” was released and it was directed by Blake Lively, who is mom to daughters Betty, James and Inez.

The wedding-themed video stars Miles Teller as a groom, preparing to get married when he keeps flashing back on a past love (Swift).

Swift appears as a waitress, speech giver, and performer at the wedding as Teller looks stunned while trying to find her in the crowd. She grabs a handful of wedding cake and chugs champagne and gleefully teaches a group of little girls how to flip the bird as the horrified groom looks on.

Eventually, the pair share a dreamy sequence with Swift in a strapless bridal gown, dancing with her ex before stepping away as her dress turns a crimson red and she joins the wedding band to finish up the song.

There’s plenty of nods in the video to her other music from Red, including Swift giving the bride a red scarf, which is referenced in her hit song, “All Too Well” from the same album.

Swift and Lively teased the collaboration over the weekend, shortly after the release of Swift’s album, Red (Taylor’s Version), and her self-directed “All Too Well” short film. Swift gave fans a behind-the-scenes look at Lively’s directorial debut in a cute TikTok video.

“Who should direct the ‘I Bet You Think About Me’ video?” Swift asks. She then mouths, “Ladies and gentlemen, HER,” before cutting to clips of Lively on the set of the music video.

Lively and her husband, Ryan Reynolds, were also in New York City over the weekend to support Swift as she performed on Saturday Night Live. The couple were spotted attending the after-party with the singer at L’Avenue.

In the past, Swift has used all three of Lively and Reynolds’ daughters’ names in her music, with James’ voice even being featured at the beginning of Swift’s track, “Gorgeous,” and Betty getting a song named after her.