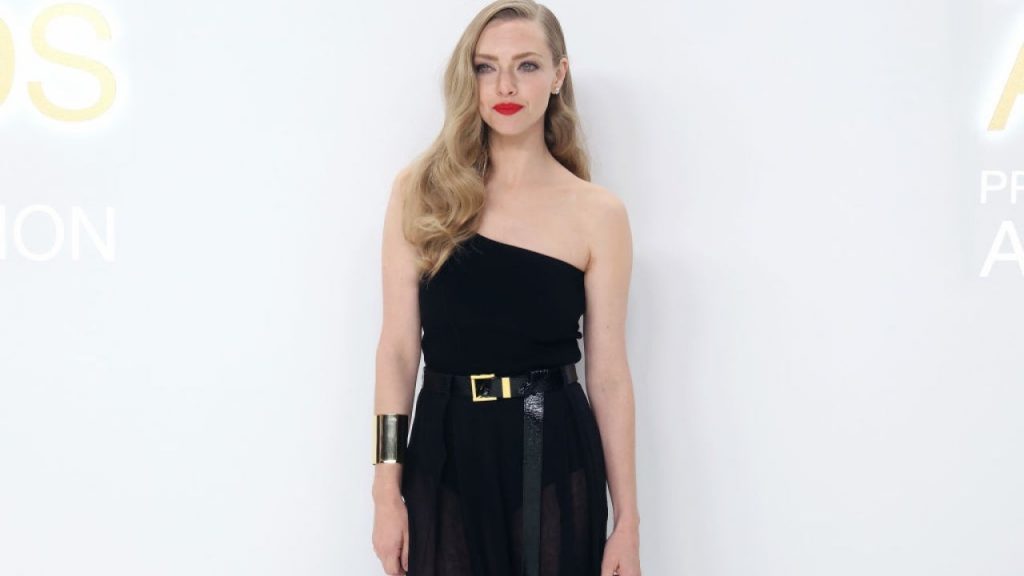 The 37-year-old actress scored her first Golden Globe award for her performance as disgraced Theranos founder, Elizabeth Holmes, in the Hulu limited series, The Dropout, in theBest Actress — Limited or Anthology Series or Television Film category. Her win comes months after she snagged her first Primetime Emmy.

However, she was not in attendance at tonight’s award show ceremony and her Golden Globe was accepted on her behalf.

“Amanda Seyfried is deep in the process of creating a new musical this week and could not be here tonight,” presenter Mo Brings Plenty explained.

It is not immediately clear which musical project he was referring to — with Seyfried’s next upcoming project listed on her IMDb being The Crowded Room, which is set to be released in 2023.

Seyfried was previously nominated for a Golden Globe for her supporting role in the 2021 film, Mank.

The actress is next up for a Critics’ Choice Award and a Screen Actors Guild Award for The Dropout, and could very well sweep her category with all four major awards wins once award season is over.

Seyfried, who is married to actor Thomas Sadoski, spoke to ET after winning the Emmy in September about her daughter’s emotional reaction to seeing her memorable moment on television.

“My daughter stayed awake and cried because she was confused about how I was able to talk to her through the TV,” Seyfried said at the time. “So, I just have to explain it, I think. I hate that she was emotional but I also think it’s just an exciting night for them ’cause they were all together, like, my whole family.”

Amanda Seyfried Is Pretty in Pink ‘Armor’ at the 2022 Emmys