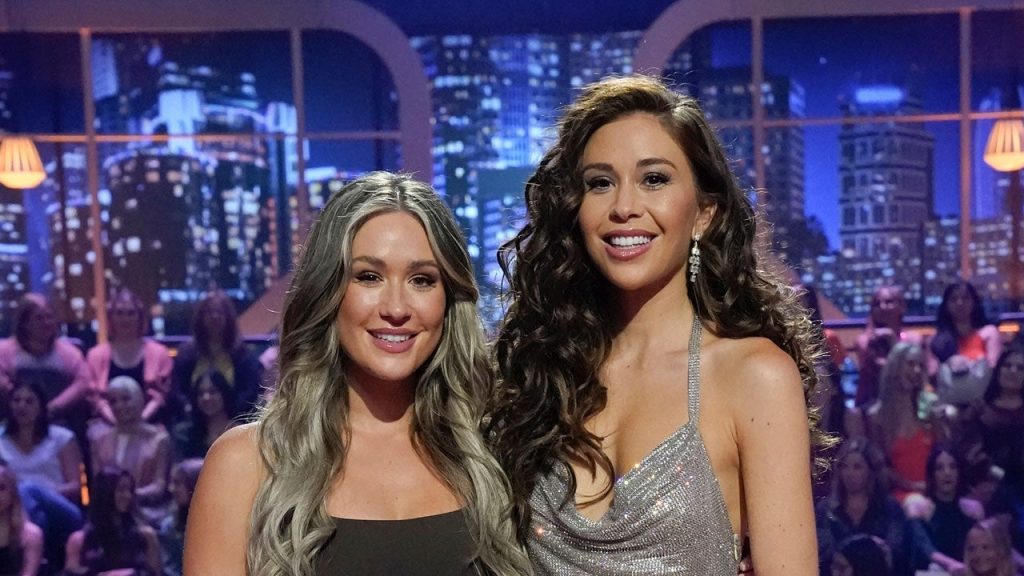 Gabby Windey has Rachel Recchia to thank for her Dancing With the Stars gig. On the latest episode of SiriusXM’s Julia Cunningham’s Bachelorette Recap, Robert Mills, Senior Vice President, Alternative Series, Specials & Late-Night Programming, ABC Entertainment, revealed how the pilot pushed for her co-Bachelorette lead to compete on DWTS.

“Gabby is actually on — and this is the God’s honest truth — she’s on because of Rachel,” Robert said. “When we were at CMA Fest in Nashville in June, we were having dinner and Rachel said, ‘You have to put Gabby on Dancing With the Stars. This is her dream. She would be so good. Please, please put her on.'”

Up until that point, Robert said, “We were not thinking about Gabby for Dancing With the Stars at all,” despite the fact that the ICU nurse was previously a Denver Broncos cheerleader.

“For whatever reason she wasn’t really [on our radar],” he added. “And then I was like, ‘Why didn’t we think of Gabby?'”

Gabby, who was recently announced as a season 31 DWTS competitor alongside Selma Blair, Teresa Giudice and others, will be far from the first Bachelor Nation star to vie for the mirrorball trophy.

“With Hannah Brown, we were sort of like, we have to put her on. It just felt like a natural [fit],” Robert explained. “Kaitlyn, when we put her on, that was actually because Kaitlyn released a song called ‘If I’m Being Honest’… I’m like, ‘You know, you forget, Kaitlyn’s a good entertainer. Let’s put her on Dancing With the Stars.’ So that’s why we put her.”

Matt’s story was more similar to Gabby’s, Robert recalled. “Matt, the last year, was one of those ones that’s like, ‘How did we not think of Matt? He’s so good looking. He’ll be fine. He’ll be great,'” he said of the Bachelor, who ultimately came in 12th place on DWTS.

Season 31 of DWTS, on which Gabby is partnered with Val Chmerkovskiy, will premiere Sept. 19 on Disney+, the day before the season finale of The Bachelorette is set to air on ABC.

Part 2 of The Bachelorette‘s live season finale will air Tuesday, Sept. 20 on ABC. Keep up with the historic season by following along with ET’s coverage of the series.

Selma Blair on Competing on ‘DWTS’ With MS (Exclusive)