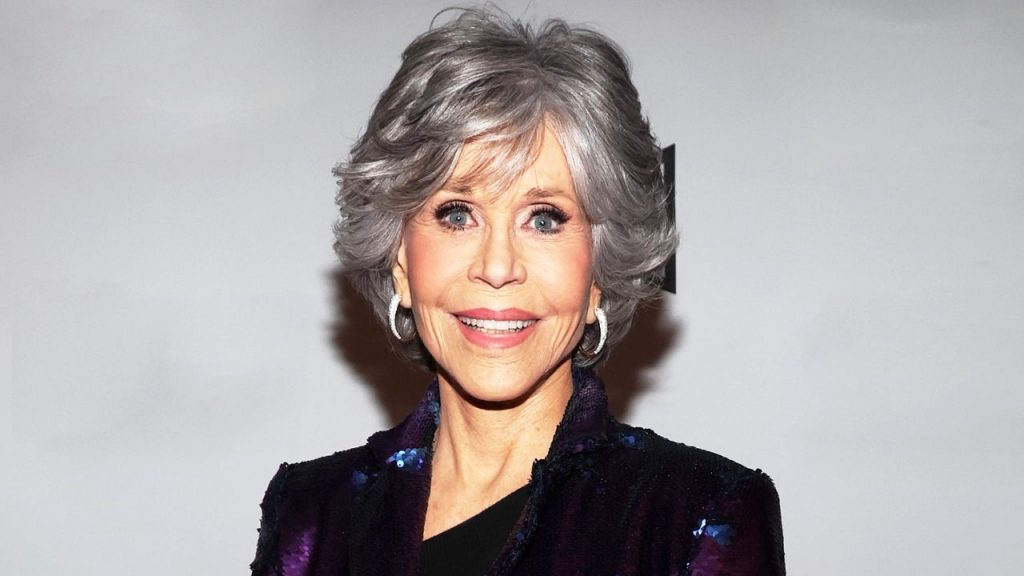 Jane Fonda has been a fitness enthusiast for decades, but even she once took a drastic measure to try and maintain her youthfulness. The 84-year-old icon speaks to Vogue in a new interview about trying to end the stigma around aging and revealed she had a plastic surgery procedure that she isn’t proud of.

“I want young people to stop being afraid about getting older. What matters isn’t age, isn’t that chronological number,” Fonda tells the magazine. “What matters is your health. My dad died six years younger than I am now. He seemed so old because he was ill. He had a heart disease. I’m not ill. So I’m almost 85, but I don’t seem that old.”

Fonda says she hopes to impact others with her role in Grace and Frankie by “getting young people to stop being afraid of being old, helping people realize that just because you’re a certain age doesn’t mean you have to give up on life, give up on having fun, give up on having boyfriends or girlfriends, making new friends, or whatever you want to do” and to get them to realize “it’s still in the realm of life possibilities for you.”

However, Fonda admits and realizes her privilege, which once led her to undergo a facelift, like many others with money.

“What I’m thinking with the second part of my brain is, Yeah, Fonda. You have money. You can afford a trainer. You can afford plastic surgery. You can afford facials. You can afford the things that help make you continue to look young,” she shares. “That is true. Money does help. Good genes and a lot of money, as somebody once said. But then as I’m saying that, I’m thinking we all know a lot of women who are wealthy who’ve had all kinds of facelifts and things like that and they look terrible.”

“I had a facelift and I stopped because I don’t want to look distorted,” she continues. “I’m not proud of the fact that I had [one]. Now, I don’t know if I had it to do over if I would do it. But I did it. I admit it, and then I just say, ‘OK, you can get addicted. Don’t keep doing it.'”

Now, Fonda takes a more natural approach, saying she doesn’t “do a lot of facials” or “spend a lot of money on face creams” and other products. “I stay moisturized, I sleep, I move, I stay out of the sun, and I have good friends who make me laugh,” she says. “Laughter is a good thing too.”

Fonda also credits rest and a healthy diet to keeping her feeling her best. “The most important thing for me is sleep. I sleep eight or nine hours every night,” she explains. “I eat a fairly healthy diet. I’m not rigid. I have cut way back on red meat. I’ve cut back on fish because fish supplies are dwindling. I eat vegetables. I eat salads. I eat fresh food. I’m just careful about what I eat. I don’t eat a lot of sugar.”

The actress notes that “as you get older, you realize the importance of [staying active].”

“I mean, every day when I get out of a car, I thank the goddesses that I have strong thighs, that I’ve worked out to keep strong thighs,” she says. “When I’m backing a car up and I have to look over my shoulder, I’m thankful that I’ve kept flexible and I can turn my head and it doesn’t hurt. Just basic things like that you take for granted when you’re younger but can’t do anymore when you’re older unless you have remained strong and flexible. My motto now is not for the burn. It’s slow down. Everything is very slow.”

For Fonda, exercise is also a way she avoids depression.

“I come from a long line of depressed people. One of the ways that I avoid depression is through exercise,” she notes. “When I move, when I walk, when I exercise, the depression lifts. That and activism are the two best anecdotes for depression as far as I’m concerned. I mean, unless you have chronic depression, which is a different thing.”

Fonda also spoke about her new H&M Move campaign and said she was drawn to it because their focus is “on what they call getting the whole world moving.”

“That’s something that I’ve been doing a lot of my own life,” she explains. “It just seems to make sense for me because I’m almost 85. I know better than I did even when I was younger that no matter how old you are or who you are or where you are, keeping moving in a way that’s appropriate for your age is absolutely critical to your healthy lifespan.”

Last month, Fonda spoke to ET about embracing getting older.

Jane Fonda Reveals Why Sex Has Gotten Better With Age

Jane Fonda Says Being ‘Closer to Death’ Doesn’t Bother Her