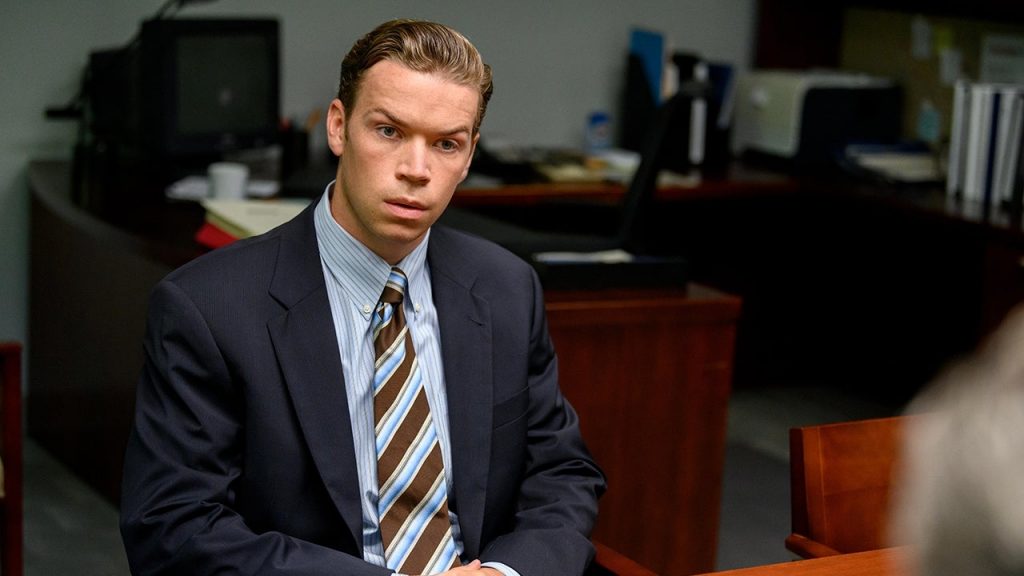 After first appearing in The Maze Runner franchise, We’re the Millers and the cult horror classic Midsommar, Will Poulter is showing off a new side of himself with a standout role as Purdue Pharma sales rep Billy Cutler in Hulu’s captivating, star-studded true-crime saga, Dopesick, and a coveted new part as Adam Warlock in Guardians of the Galaxy Vol. 3.

When it comes to the latest installment in the Marvel Cinematic Universe written and directed by James Gunn, it’s a crazy feeling for the 28-year-old English actor. “I’ve admired Guardians from afar. I’ve always thought it was really a kind of creative and interesting planet of its own with the Marvel Universe. And I’m just beyond thrilled to have been welcomed into that amazing group of people who are responsible for making it.”

“It hasn’t quite sunk in yet, if I’m honest,” Poulter continues. Which is understandable considering filming only just started a week prior to him speaking with ET. “But I’m very excited nonetheless and feeling very grateful to have a role.”

And playing someone like Adam Warlock, who has an otherworldly, storied past in the Marvel Comics, in a planet-hopping film like Guardians is a far cry from the grounded, character-driven series, which just finished its eight-episode run on Hulu and is now streaming in full. So, when it comes to going from Billy to Adam, “I’m very excited to follow this up with a role like that,” Poulter says.

“It’s really cool, man, to get the opportunity to explore a range of characters,” the actor continues. “It keeps it really interesting and fun for me. I love a challenge, and I love being stretched, you know. I love any opportunity to play characters to feel kind of away from home, so to speak.”

Funnily enough, Dopesick did give the budding superhero a chance to work with another comic book character: Batman. Well, Michael Keaton, who executive produced and stars in the limited series inspired by Beth Macy’s New York Times best-seller, Dopesick: Dealers, Doctors and the Drug Company That Addicted America, as Samuel Finnix, a composite character loosely based on multiple real doctors including Dr. Stephen Loyd, who used to take 100 pills a day at the height of his addiction.

“He very kindly kind of congratulated me in person,” Poulter says of when the news was announced while the two were promoting Dopesick. And while they haven’t discussed what it’s like to be caped crusaders, the actor is “all in” if his former co-star is willing to share any advice.

But given the standout performance Poulter delivered as Billy — another composite character built around several real-life Purdue Pharma employees — in the series, advice was the last thing Keaton needed to give him when the two were on set together. In an earlier conversation with ET, Keaton said that Poulter “knocked me out.”

“Naturally, I look up to someone who’s as experienced and talented as Michael is,” Poulter acknowleges. “And the fact that I got the opportunity I did to work with him and have so many scenes opposite him was just nothing short of an honor.”

Over the course of the series, which spans several years, Dr. Finnix becomes one of Billy’s best OxyContin clients, helping the sales rep top the competition, including co-worker Amber Collins (Phillipa Soo). “Finnix is someone that he kind of earns the trust of, in spite of his kind of well-founded suspicions and hesitations around the drug,” Poulter says.

During that time, the two form a father-son bond that Billy manipulates by lying about his own father’s battle with cancer in order to keep Finnix hooked on prescribing the “miracle drug” to his patients, unaware that the physician himself became addicted to them. “Finnix is someone who he probably crossed the line with as far as professional relationships go,” Poulter says, adding that Billy “saw something in Finnix that he didn’t necessarily have with his own father, which really makes the fallout all the more disturbing and upsetting for him.”

Even though Billy’s commitment to Purdue Pharma and belief in the claims the company made about the drug’s ability to cure pain had already started to waiver, it wasn’t until Finnix is in rehab that he realizes how dangerous OxyContin can be. And when Billy goes to visit him, Finnix isn’t upset with his former friend. Instead, all he wants is a prescription to the drug.

“That really sparks a change in Billy,” Poulter says. “And at a certain point, he’s no longer emotionally invested in his role at Purdue. Rather, he feels trapped by the success that he’s having, the financial gain and notoriety that he’s accumulated at the company. But morally, he’s elsewhere.”

And that fallout is what leads Billy to steal three training tapes, which shows how Purdue Pharma manipulated its data and sold lies to doctors all over the country, and eventually hand those over to the prosecutors, Rick Mountcastle (Peter Sarsgaard), Randy Ramseyer (John Hoogenakker), John Brownlee (Jake McDorman), who were mounting a criminal case against the pharmaceutical company.

Of course, not everyone shared the same moral dilemma as Billy, including Amber, who later seduces him but is never willing to commit to a relationship. Despite their professional and romantic tension, Poulter says those scenes with Soo were a lot of fun to play, especially when compared to the heavier moments he had with Keaton. “Anytime I did scenes with her, it was just so much fun,” the actor says, “pleased to report that Philippa is nothing like Amber. She’s super fun and lovely.”

And it’s some of those scenes between Amber and a shirtless and thick-armed Billy that caught the attention of the internet, which has grown thirsty over Poulter’s quote-unquote glow up. The physical transformation is admittedly the result of his preparation for his MCU debut, reportedly requiring a rigorous diet and workout regimen.

When it comes to the reactions “that exists on social media, I try to distance myself from that,” Poulter says. “The most important thing for me is I feel like I served the story and brought justice to the character Danny’s put so much work into creating.”

“I’m just very glad that people are enjoying the show and if I contributed to that, then I’m very happy about it,” the actor concludes.

Want to watch? Dopesick is now streaming on Hulu. (We may receive an affiliate commission if you subscribe to a service through our links.)