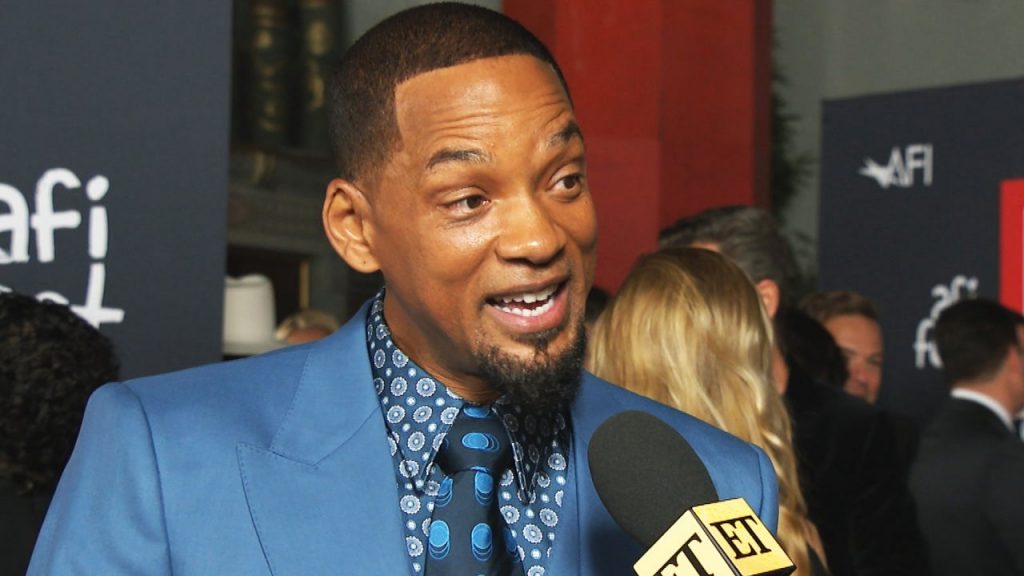 Will Smith is one giving guy! The King Richard star spoke with ET’s Kevin Frazier about what it was like to play Venus and Serena Williams‘ father, Richard, in the film, and why he gave everyone on set of the film a special bonus.

“All I can do is my part, so it’s always an honor and a pleasure for me to do my part, and everybody put in brilliant work. It was the COVID shutdowns, people really stuck with us,” Smith said about doing his part to make sure the cast and crew were fairly compensated after it was revealed that the film would be released both in theaters and on HBO Max. “It was a much more difficult process than anybody thought they were signing up for. I just felt that it was fair.”

Smith, who portrays Richard Williams in the movie, not only raved about the self-taught tennis coach, but about the story behind that trajectory of Venus and Serena’s careers as some of the greatest tennis players to ever live.

“He predicted it. Two years before they were born. He is savant-level parenting. He had to learn tennis himself, he and Oracene learned how to play tennis, then they learned how to teach it to their kids. It’s one of the most amazing stories,” Smith said of Richard’s commitment to his daughters’ success. “He did it all without pushing and forcing his children. He did through God, through family, through love, through dedication and devotion, to one another, and he did it without tennis being their first priority, which is magnificent.”

But it wasn’t always easy for Richard and the girls, who heard the world ‘No’ several times before they were on the Grand Slam stage.

“It’s one of the beautiful aspects of this story, is that concept. Like, if you’re not dead, you still have a shot, right? And that’s the thing that, you know, Richard and Oracene and the Williams family always knew,” Smith said of the odds the Williams family were up against. “They had such devout faith in God first and foremost, but then in their love and in their destiny. No fear, no doubt, no matter what they faced, they faced it as a family, and they kept pushing.”

Smith has already received rave reviews for his portrayal of the Williams family patriarch, but few were as excited as Venus, who told ET that she nearly “died” when she found out Smith was being cast as her dad in the film.

“When I heard he wanted to be a part of the project, like, long before it was even being shot, I just died, I was like, ‘Oh my god.’ So, he should be everyone’s daddy if you ask me,” she said.

What she thinks will surprise audiences the most about her family is the amount of power and independence both she and her sister were given by their parents, and the balance of that and the strict regiment that came along with their intense training schedule.

“I think what’s gonna surprise the most, is the level of decision-making that our parents gave us, ‘Do you wanna do this?’ But also a discipline kinda knowing when to put on the discipline, but also when to give the independence so one day you could fly,” Venus shared. “It’s this interesting balance.”

King Richard is in theaters and streaming on HBO Max Nov. 19.

How to Watch King Richard