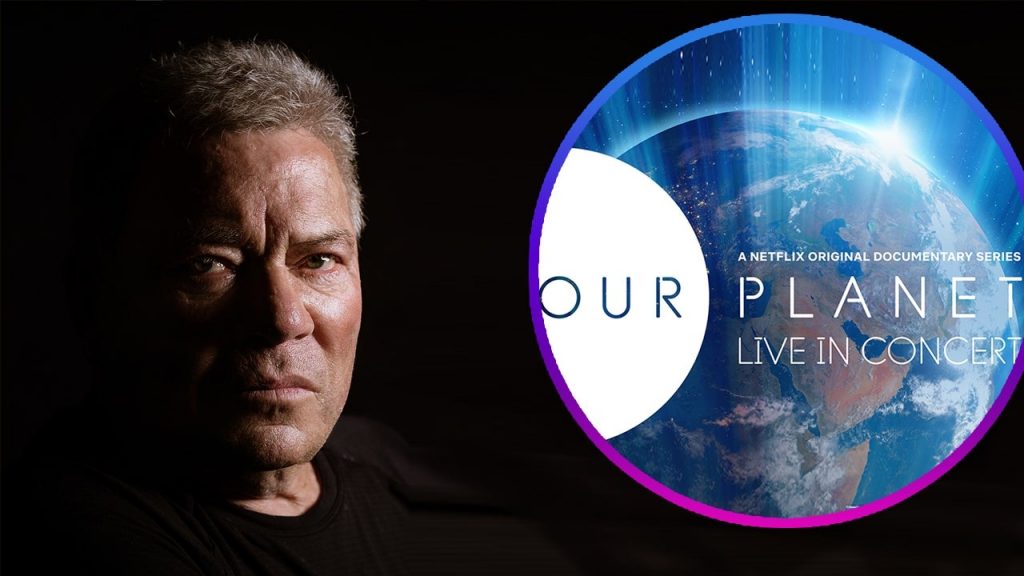 William Shatner is back from space and ready to share his planetary perspective. The Emmy-winning Star Trek actor announced today he will provide co-narration for the World Wildlife Fund’s touring spectacle, “Our Planet Live in Concert.” beginning in February. Shatner, 91, says he signed on to the project after his trip to space, which gave him a “profound appreciation” for our natural world.

Shatner traveled to space on Jeff Bezos’ Blue Origin space shuttle in October 2021. He wrote about the experience at length in his 2022 memoir, Boldly Go: Reflections on a Life of Awe and Wonder, and now joins the touring concert as a result of his journey.

“My deeply immersive journey into space gave me profound appreciation for the earth and its fragility,” Shatner says. On tour, he will lead a two-hour concert performance supported by an 18-piece orchestra and featuring clips from the Our Planet Netflix original documentary nature series. The on-screen portion will feature narration from the show’s original narrator, David Attenborough.

“The reimagining of the Netflix series takes the audience on a journey showcasing our world with spectacular visuals, narration, and music,” Shatner adds. “The combination of all these elements gives the audience an opportunity to celebrate our planet together — the home we all share — and its wonders, while showing the urgent need to treasure and protect it.”

The “Our Planet” show “blends spectacular wildlife footage with the mysteries of how and why animals migrate,” the press release reads. “The series features stunning imagery of the Earth’s most beautiful, intriguing and surprising wildlife as it follows animals on the move from plains to frozen worlds to high seas and beyond. In these dramatic, compelling stories, it reveals the connections that drive our natural world, inspiring viewers to want to learn how climate change impacts all living creatures and what can be done about it.”

Shatner rose to fame portraying Captain James T. Kirk in the Star Trek franchise that spanned television and film. He also won Emmy Awards and a Golden Globe for his role as Denny Crane both on The Practice and Boston Legal.

“Our Planet: Live in Concert” launches its 45-city tour on Feb. 11, 2023, in Farmington, New Mexico. For each performance, a donation will be made to benefit the Our Planet producing partner organization, WWF.

William Shatner Reflects on His Devastating Fallout With Leonard Nimoy