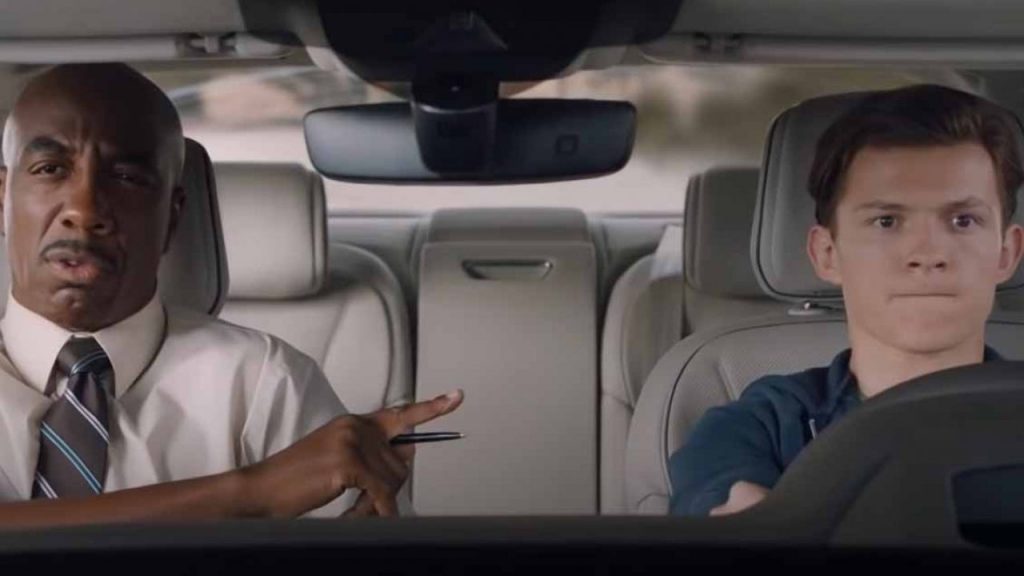 J.B. Smoove can’t get enough of Zendaya and Tom Holland’s relationship. So much so, Smoove’s offering the young couple some sage advice to keep them going even stronger.

Smoove, along with wife Shahidah Omar, was on the American Music Awards red carpet last weekend at Microsoft Theater in Los Angeles and he couldn’t help but gush when ET’s Cassie DiLaura brought up his Spider-Man: No Way Home co-stars. “Oh, I love those two. I love them so much,” Smoove said.

In fact, the Curb Your Enthusiasm star admires them so much, he dubbed them “the most adorable couple ever in the history of adorableness, which led to him being asked what is the best relationship advice he would offer the pair.

“Have time for love but have time for laughter,” Smoove said. “Laughter. Smiles. Stress-free lifestyle, you know. Find out about each other and find some way to keep watering that seed and keep growing and growing.”

Tom Holland and Zendaya at the “Spider-Man: Homecoming” photocall on June 15, 2017 in London.Getty

Zendaya and Holland first sparked rumors they were dating during their first Spider-Man press tour in 2017. Then, earlier this summer, the couple was photographed kissing while waiting at a red light during an outing in L.A.

After the PDA-packed photos surfaced, Zendaya said she had wished that moment had remained private. She recently told GQ, “The equal sentiment [we both share] is just that when you really love and care about somebody, some moments or things, you wish were your own,” Zendaya said. “…. I think loving someone is a sacred thing and a special thing and something that you want to deal with and go through and experience and enjoy amongst the two people that love each other.”

Holland, who has played Spider-Man in five movies, sang the former Disney Channel star’s praises in GQ. “Having her in my life was so instrumental to my sanity,” he said. “She is so good at being the role model for young guys and girls. When anyone comes up, like, ‘Can I have a picture?,’ it’s never a bad time. Whereas my initial reaction was: ‘Why are you talking to me? Leave me alone.’ “

The British actor recalled a recent incident in which he said he was being followed in London by a group of guys who wanted his picture. Holland told GQhe was in a bad mood and initially told the group to “get lost” before being reminded of Zendaya’s words, that fame is work too. He told the lifestyle magazine that after a few yards, he turned around and apologized.

He told GQ, “I have to remind myself that being Spider-Man is more of a responsibility than just having a job. There are kids out there who are bullied at school who don’t fit in, and Spider-Man is their f**king go-to guy, you know? And at the moment I’m that guy.”

For more on the couple, see below.

Tom Holland Says He and Zendaya ‘Love Each Other Very Much’

PrevPreviousWalmart Black Friday 2021: Deals You Can Still Shop On TVs, AirPods, Air Fryers and More
NextNintendo Switch Cyber Monday Deals Available Now: Where to Buy an OLED, Games, and Save on BundlesNext